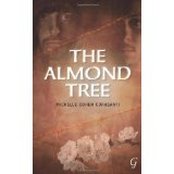 ﻿Click on the cover
to go directly to Amazon﻿
﻿Publisher: Garnet Publishing﻿

The Almond Tree is Ms. Corasanti’s debut novel. Set in the Palestine of the mid 1950's through 2009 this story was, for me, an eye-opener.
The Mid-East conflict between Israelis and Palestinians is something I had heard of almost all my life, but usually told from the Israeli perspective. Ms. Corasanti gives it to us through the eyes of a Palestinian, born and raised in Israel. It gives the reader cause to stop and think about both sides of the conflict. There is good and evil within each.
Twelve-year old Ichmad Hamid is forced to grow up too quickly. The story takes us the many trials he and his family face. It is the memory of his father’s advice and the perseverance of his teacher which see him through.
I found the first part of the book to be believable and realistic. The latter part of the book left me somewhat flat, perhaps because Ichmad’s fortune changed.
The book is well-written. The facts are starkly presented and at times it reads like a factual list of events which serves the theme of the book better than overly-descriptive passages would have.
Ms. Corasanti, does an excellent job of presenting the Palestinian viewpoint.  This  must have been a difficult task given her Jewish American background. She writes in her forward, “Idealistically, I wanted to bring about peace in the Middle East.” This theme surfaces frequently throughout the story.
I enjoyed the book, especially the first two-thirds. It is a thought-provoking story.